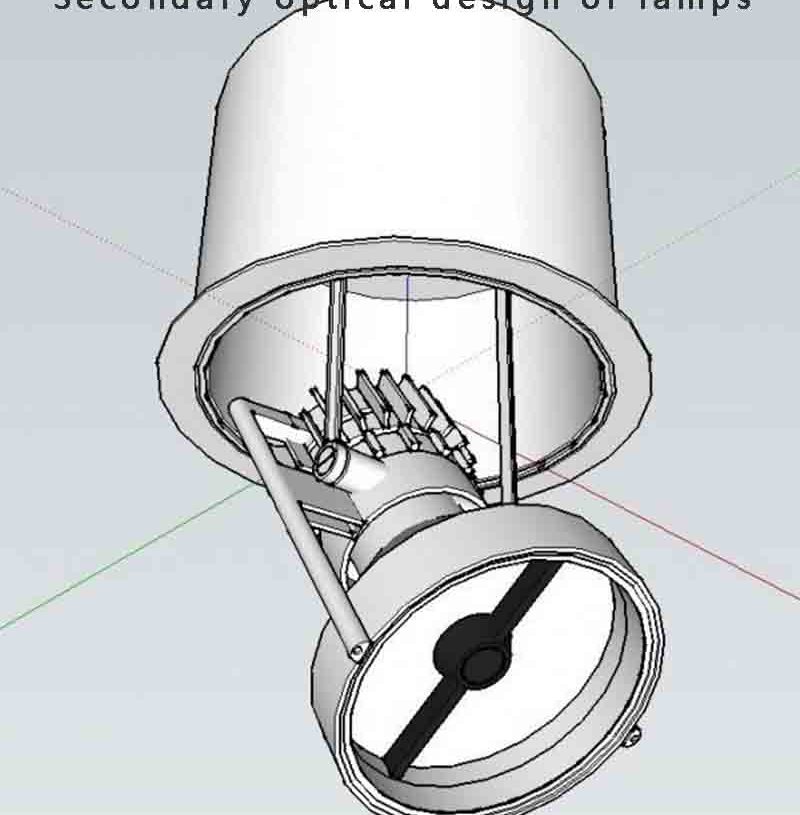 The important technical threshold of LED street light in product development is optical design, because of the good light distribution characteristics of lamps, the light of LED street light can be effectively and evenly distributed on the illuminated road surface. Optical design (greater light utilization, light distribution) can be completed with the help of related software, such as TRACEPRO, LEDs with different brands, light types and different folded lenses have different requirements for LED spacing and aluminum substrate thickness. The optical design effect of the luminaire can be achieved with the help of software to achieve a more reasonable light distribution curve

In the design of the lamp, the light emitted by the LED closest to the lamp body wall should not be blocked, and the inner wall of the lamp should be designed to have a certain angle, or chrome plating can be used to obtain better light output. It is to add reflectors. The angle of the reflectors can be calculated by the software. The reflectors can increase the utilization rate of stray light by about 15%.

As the packaging industry moves closer to the needs of the downstream application industry, a primary optical lens with a special shape is developed and designed, which is directly installed when the LED chip is packaged. It has the characteristics of small size and low cost, and fully meets the requirements of LED street lamps and road lighting. With the advancement of packaging technology, the packaging method of white LEDs has gradually shifted from a single 1w high-power 1.ED device to a high-power integrated packaged LED module. The power of the current high-power integrated packaged LED modules can reach up to 100W or more, but the large light-emitting area of ​​this type of light source brings difficulties to the optical light distribution design.

Using the intelligent control technology of high-power white LED with enhanced red light, a light source module with a color rendering index of more than 90 and an adjustable correlated color temperature in the range of 2500~8000K can be obtained. This technology utilizes the integrated photoelectric conversion chip on the package substrate to monitor the white light colorimetric parameters of the LED module in real time. The photoelectric conversion chip feeds back the detected changes in the colorimetric parameters of the white light to the intelligent control system. It can output white light with optimal colorimetric performance, and can ensure that the output of the LED module maintains the set correlated color temperature range and color rendering index. Indirect monitoring of the junction temperature of the power LED chip, when the junction temperature exceeds the preset temperature of the system, the system can automatically adjust the heat dissipation path of the cooling system or reduce the power of the LED. The LED module can be composed of a single 1W high-power white LED array or a high-power integrated packaged LED module, which has been used in the design of LED street lamps.