What are the advantages of solar energy resources 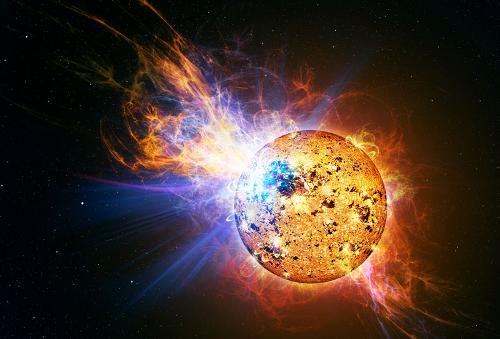 The basic structure of the sun is a sphere made of hot gas, mainly composed of hydrogen and helium, of which hydrogen accounts for 80% and helium accounts for 19%. Solar energy is the energy produced by the continuous nuclear fusion reaction process inside the sun. The average solar radiation intensity in the earth’s orbit is 1367kW/m2. The circumference of the earth’s equator is 4000km, so it can be calculated that the energy obtained by the earth can reach 173000TW. The standard peak intensity at sea level is 1kW/m2, and the average annual radiation intensity of a certain point on the earth’s surface for 24h is 0.20kW/m2. There are 102,000W of energy, and human beings rely on these energy to survive, including all other forms of renewable energy, except for geothermal energy resources). Although the total amount of solar energy resources is equivalent to more than 10,000 times the energy used by human beings, the energy density of solar energy is low, and it varies from place to place and changes with time. This is the main problem facing the development and utilization of solar energy. These characteristics of solar energy will limit its role in the entire integrated energy system.

The earth’s wind energy, hydro energy, ocean temperature difference energy, wave energy and biomass energy, and part of the tidal energy all come from the sun; even the fossil fuels on the earth (such as coal, oil, natural gas, etc.) are fundamentally ancient Since the stored solar energy, the broad sense of solar energy includes a very large range, while the narrow sense of solar energy is limited to the direct conversion of solar radiant energy, photo-thermal, photoelectric, and photochemical. China’s is very rich in solar energy resources. There are more than two-thirds of the country’s regions, the total annual radiation is more than 5.02 million kJ/m2, and the annual sunshine hours are more than 2000h.

(1) It is the most abundant energy available to human beings. According to estimates, in the past 1.1 billion years, the sun consumed 2% of its own energy, which can be said to be inexhaustible.

(2) There is solar energy no matter where on the earth, it can be developed and utilized on the spot, there is no transportation problem, especially in rural areas, islands and remote areas with underdeveloped transportation.

(3) Solar energy is a clean energy. When it is developed and utilized, it will not produce waste residue, waste water, waste gas, and there is no noise, and it will not affect the ecological balance.

Judging from the distribution of the total annual solar radiation in the China, Tibet, Qinghai, Xinjiang, southern Inner Mongolia, Shanxi, northern Shaanxi, Hebei, Shandong, Liaoning, western Jilin, central and southwestern Yunnan, southeastern Guangdong, southeastern Fujian, and Hainan Island The total amount of solar radiation in vast areas such as the east and west and the southwest of Taiwan is very large. Especially the Qinghai-Tibet Plateau is the largest. The average altitude is above 4000m. The atmosphere is thin and clean, with good transparency, low latitude, and long sunshine time. For example, Lhasa, which is called “Sunlight City”, has an average annual sunshine time of 3005.7h, a relative sunshine of 68%, an annual average sunny day of 108.5 days, a cloudy day of 98.8 days, an annual average cloud cover of 4.8, and total solar radiation. It is 816k/(cm2·a), which is higher than other provinces and regions of the country and the same latitude. Sichuan and Guizhou provinces have the smallest total annual solar radiation, especially the Sichuan Basin, where there is more rain, fog, and less sunny days. For example, in Chengdu, known as the “Fog City”, the annual average sunshine hours is only 115.2h, the relative sunshine is 26%, the annual average sunny days are 24.7 days, the cloudy days are 244.6 days, and the annual average cloud cover is as high as 8.4. The total annual solar radiation in other regions is in the middle.

The main characteristics of China’s solar resource distribution are:

(1) The high-value center of solar energy is the Qinghai-Tibet Plateau, and the Sichuan Basin is the low-value center.

(2) The total annual solar radiation is higher in the western region than in the eastern region, and except for the two autonomous regions of Tibet and Xinjiang, it is basically lower in the south than in the north

(1) First-class area. The annual sunshine hours in the first-class area is 3200~3300h, and the radiation amount is 670~837×104kJ/(cm2·a). It is equivalent to the heat emitted by the burning of 225~285kg standard coal. It mainly includes northern Ningxia, northern Gansu, southeastern Xinjiang, western Qinghai, and western Tibet. It is the region with the most abundant solar energy in China, which is equivalent to that in India and northern Pakistan. In particular, the western part of Tibet has the most abundant solar energy resources. The annual sunshine hours are 2900~3400h, and the total annual radiation is as high as 7000~8000MJ/rm2. It is second only to the Sahara Desert and ranks second in the world. Among them, Lhasa is the most famous in the world. Sunshine City.

(2) The second-class area. The annual sunshine hours in the second-class area are 3000~3200h, and the radiation amount is 586~670×104k/(cm2·a), which is equivalent to the heat emitted by the burning of 200~25kg standard coal. It mainly includes northwestern Hebei, northwestern Shanxi, southern Inner Mongolia, southern Ningxia, central Gansu, eastern Qinghai, southeastern Tibet, and southern Xinjiang. This area is an area with abundant solar energy resources in China, which is equivalent to the area around Jakarta in Indonesia.

(3) Three types of areas. The annual sunshine hours in the third category area is 2200~300, and the radiation amount is 502~586×104kJ/(cm2·a), which is equivalent to the heat emitted by the combustion of 170~200kg of standard coal. Mainly include Shandong, Henan, Southeastern Hebei, Southern Shanxi, Northern Xinjiang, Jilin, Liaoning, Yunnan, Northern Shaanxi, Southeastern Gansu, Southern Guangdong, Southern Fujian, Northern Jiangsu and Northern Anhui, Tianjin, Beijing, and Southwestern Taiwan, etc. . It is a medium-type area of ​​China’s solar energy resources, which is equivalent to the Washington area of ​​the United States.

(4) Four types of areas. The annual sunshine hours of the four types of areas are 1400~220h, and the radiation amount is 419-502×104k/(cm2·a). It is equivalent to the heat emitted by the combustion of 140~170kg standard coal. It mainly includes Hunan, Hubei, Guangxi, Jiangxi, Zhejiang, northern Fujian, northern Guangdong, southern Shaanxi, southern Jiangsu, southern Anhui, Heilongjiang, and northeastern Taiwan. It is an area with poor solar energy resources in China, which is equivalent to the Milan area in Italy.

(5) Five types of regions. The annual sunshine hours in the five types of areas is about 1000~1400h, and the amount of radiation is 335-419×104/(cm2·a), which is equivalent to the heat emitted by the combustion of 115~140kg standard coal. It mainly includes two provinces, Sichuan and Guizhou. This area is the area with the least solar energy resources in China, which is equivalent to most areas in Europe.

The first, second, and third categories of areas have annual sunshine hours greater than 2000h and total radiation greater than 586kJ/(cm2·a).They are areas with rich or abundant solar energy resources in China, with a large area, More than two-thirds of the total area of the country, with good conditions for using solar energy. Although the solar energy resources are in poor conditions in the four types of regions, they still have certain utilization value.