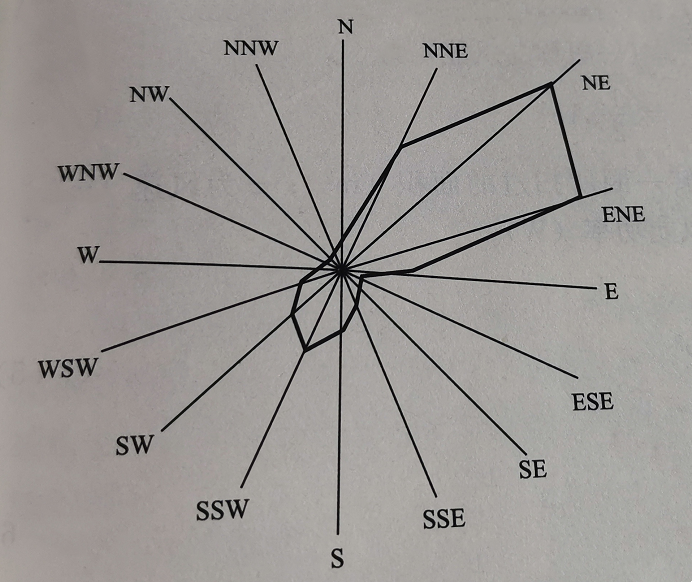 Wind is a natural phenomenon. The horizontal movement of air on the earth’s surface is called wind. Wind is the air movement caused by the sun’s thermal radiation in the atmosphere on the earth’s surface. The uneven heating of the earth’s surface by solar radiation is the main cause of the formation of wind.The sun’s radiation on the earth, through the thick atmosphere, reaches the surface of the earth. Wasteland and vegetation, forest areas) absorb heat differently: due to the influence of the earth’s rotation, revolution, seasons, climate changes and the temperature difference between day and night, the heat dissipation of the ground is also different. In areas with a lot of heat dissipation, the air close to the ground is heated and expanded. , The pressure is reduced to form a low-pressure zone. At this time, the air flows from the high-pressure zone to the low-pressure zone, which generates wind, which means that wind energy ultimately comes from solar energy. Affected by the differences in topography and landforms, the rotation and revolution of the earth exacerbate the variability of the force and direction of air flow, and make the changes in wind speed and direction more complicated. Simply put, the sun’s radiation causes uneven heating of the earth’s surface, causing uneven pressure distribution in the atmosphere. Air moves in the horizontal direction to form wind, and the formation of wind is the result of air flow.
The atmospheric pressure difference is the root cause of wind. Because of the uneven pressure distribution in the atmosphere, the air moves in the horizontal direction. The kinetic energy formed by the air flow is called wind energy. It is estimated that although only about 2% of the solar energy reaching the earth is converted into wind energy, the total amount is still very considerable. The total wind energy on the earth is estimated to be about 2×1017kW, of which the usable is about 2×1010kW. This energy is quite large, ten times that of the earth’s hydropower. Therefore, it can also be said that wind energy is an inexhaustible and inexhaustible renewable energy.

1.1.2 Types of wind
(1) Trade wind. On the earth’s equator, the hot air rises to space and is divided into two strong air currents flowing to the north and south poles of the earth. Near 30° latitude, this air flow descends and flows to the equator and the poles respectively. In areas close to the equator, due to the large amount of air circulation in the atmosphere, a fixed-direction wind is formed. Since ancient times, people have used this directional wind to carry out sea-going trade, so it is called trade wind. As the result of the earth’s rotation from west to east, the trade wind tilts to the west. At this time, the northeasterly wind is produced in the northern hemisphere, and the southeast wind is produced in the southern hemisphere.

(3) Regional wind. Due to the differences in topography (such as land, sea, mountains, forests, deserts), the same latitude is heated to different degrees, and regional winds are generated. During the day, the hillside heats up quickly, and the temperature is higher than the temperature of the air at the same height above the valley. The warm air on the slope flows from the hillside to the top of the valley, and the air in the valley replenishes the lost air along the hillside. It is called Gufeng. At night, the mountain slope is cooled faster than the air at the same height due to cooling, and the cold air flows down the slope into the valley, which is called mountain breeze. Valleys can change the direction of airflow and increase wind speed, while hills and mountains will reduce wind speed due to friction, and isolated mountain summits will increase wind speed due to high altitude.

(4) Light breeze. The coastal wind produced by the temperature change between day and night is called light wind. When there is the sun, the heat received by the land is stronger than the ocean, so the air over the land is lighter, so the air over the land rises, and the cold air Trying to flow from the ocean to the coastal land, sea breeze is generated. The hot air on land flows to the ocean and descends at a certain distance from the coast. At night, the air on the land cools faster than the air on the ocean. Therefore, the lower air on the land flows to the ocean, and the upper air flows from the ocean to the land, forming a wind direction opposite to that of the day, which is called the land wind. The change of the light wind direction depends on the terrain conditions. The sea breeze usually starts from 9 to 10 in the morning, and the land wind starts after sunset. Light wind is only encountered along the coast, and the flow distance is about 40km on both sides of the sea and land.

(1) Wind changes with time. In a day, the strength of the wind changes randomly. On the ground, the wind is strong during the day, and the wind is small at night; on the contrary, in the sky, the wind is strong at night and the wind is small during the day. In coastal areas, due to the difference in heat capacity between land and sea, sea breeze (blows from the sea to the land) during the day and land breeze (blows from the land to the sea) at night. In different seasons, the relative position of the sun and the earth also changes, so that there is a seasonal temperature difference on the earth. Therefore, the wind direction and the intensity of the wind will also change seasonally. In my country, the seasonal changes of wind in most areas are: the strongest in spring, the second strongest in winter, the third in autumn, and the weakest in summer.

(2) The wind changes with height. Due to the viscosity of the air and the friction of the ground, the change of wind speed with height is also different due to the flatness of the ground, the roughness of the ground surface and the temperature change on the wind channel. In particular, it is most affected by the surface roughness. From the earth’s surface to the 10000m altitude layer, the air flow is affected by factors such as vortex, viscosity and ground friction, and the wind speed increases with the increase of altitude. Through experiments, the commonly used formulas for calculating the change of wind speed with height are:

(3) The randomness of wind changes. Natural wind is a type of wind in which the average wind speed coincides with the instantaneous turbulent air flow that changes drastically. The turbulence of the air flow is mainly related to the friction of the ground. In addition, when the wind speed and the stable layer are vertically distributed, gravity waves are generated. Mountain waves will also be generated on the lower side. This kind of turbulent airflow not only affects the wind speed, but also obviously affects the wind direction. If distinguished by time, the change of wind direction can be divided into:

1.14 The characteristics of wind

1) Wind speed frequency: The frequency of wind at various speeds.For the wind energy utilization of wind power generation, in order to facilitate the smooth operation of the wind turbine and facilitate the control, it is hoped that the average wind speed is high and the wind speed change is small.

1.16 Wind rating
According to theoretical calculations and practical results, the wind with a certain wind speed, usually 3~20m/s, is developed as an energy resource for work (such as power generation), and this range of wind is called effective wind energy Or wind energy resources. Because when the wind speed is lower than 3m/s, its energy is too small and has no use value, and when the wind speed is greater than 20m/s, it is very destructive to the wind turbine and it is difficult to use. The World Meteorological Organization divides the wind force into 17 levels. When there is no anemometer, it can be used to roughly estimate the wind speed.

1.17 Advantages and limitations of wind energy
Wind energy is a very important energy with huge reserves. It is safe, clean and abundant. At present, the use of wind power has become the main form of wind energy utilization, which is highly valued by countries all over the world, and it is developing at the fastest speed. Compared with other energy sources, wind energy has obvious advantages, but also has its outstanding limitations.
(1) Advantages of wind energy
1) Large reserves. Wind energy is a conversion form of solar energy, and it is an inexhaustible and inexhaustible renewable energy. According to calculations, the sun can still illuminate the earth for at least 6 billion years as it does now.
2) No pollution. In the process of converting wind energy into electrical energy, no harmful gas or waste is produced, and it does not pollute the environment.
3) Renewable. Wind energy is produced by the flow of air, and this energy depends on the existence of the sun. As long as the sun exists, air currents can be formed continuously and regularly, and wind energy can be generated cyclically, which can be used forever.
4) Widely distributed, with local materials, no transportation required. In remote areas such as plateaus, mountainous areas, islands, grasslands, etc., due to the lack of coal, oil and natural gas and other resources, it has caused many inconveniences to the people living in this area. Transporting fuel is also very difficult. Therefore, the use of wind energy to generate electricity can obtain local materials without transportation, which has great advantages.
5) Strong adaptability and great development potential. my country’s available wind resource area accounts for 76% of the country’s land area. The development of small-scale wind power generation in my country has huge potential and broad prospects
(2) Restrictions of wind energy
1) Low energy density. Since wind energy comes from the flow of air, and the density of air is very small, the energy density of wind is very small and only 1/816 of water power.
2) Instability. Due to the rapid changes in the air flow, the wind is sometimes not, sometimes large and sometimes small, and the changes in the day, month, season, and year are very obvious.
3) Large regional differences. Due to changes in topography and different geographical latitudes, the areas of wind are very different. Due to the different topography of the two neighboring areas, the wind power may differ several times or even dozens of times.

What are the advantages of solar energy resources