What are the problems to be solved in the promotion and application of wind-solar hybrid LED street lights? 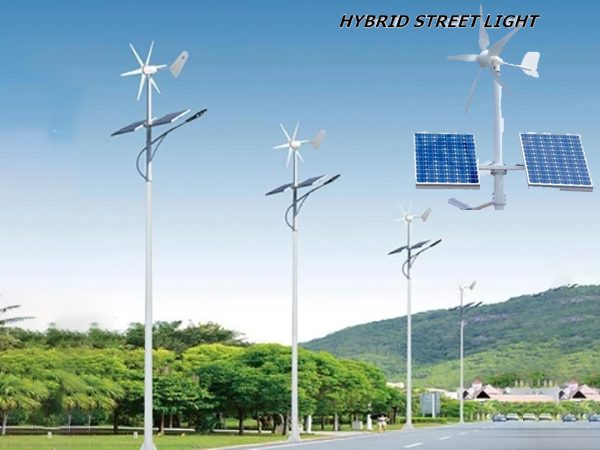 LED is a light source that meets the requirements of green lighting. It is used in combination with “green energy” solar cells and wind turbines to make various combined lamps, forming a very typical “green lighting” system.

Wind-solar hybrid LED street lights can only be used in some special occasions. If this type of lighting system is to be widely used, there are still some technical problems that need to be studied and solved: the widely used lighting source should be white LED, and currently countries have developed The luminous efficiency and power of the white LED are not high enough, and the price is higher. White LEDs should be widely used as ordinary light sources. The development goal is that the power of a single LED can reach 10W, the luminous efficiency can reach 100lm/W, and the price can be reduced to less than 0.1 yuan/lm. At the same time, the photoelectric conversion efficiency of solar cells currently used to power lighting is not ideal, and the price is high. If it is to be widely used as a lighting power source, the higher the energy conversion efficiency, the better, and the power supply cost should be close to the market. Electricity, the electricity price cannot be higher than 1 yuan/kWh, and it is predicted that it will take 5-10 years to achieve the above goals. The following problems need to be solved in the promotion and application of wind-solar hybrid LED street lamps in the future.

(1) Cost issues.
At present, the manufacturing costs of solar cells and LEDs are relatively high. Compared with incandescent lamps and fluorescent lamps, the cost of LEDs is still far behind. In the process of design and manufacturing, various ways must be used to reduce manufacturing costs; or consider some economic where feasible. For example, if the western region is first considered to replace the commonly used compact fluorescent lamps, then the development of wind-solar hybrid 1.ED street lamps is still quite competitive. Since the life of the fluorescent lamp is only 1/10 of the life of the LED, the price of each DC fluorescent lamp is set at 25 yuan, and each 6W white LED lamp is composed of 10 0.6W LEDs. The unit price of each LED is 20 yuan, and the total price is 220 yuan. Yuan (including lamps and lanterns); based on the total use time of 5 × 104h, if the fluorescent lamps need to be replaced ten times, the total cost is 250 yuan, while the LED lamps are only 220 yuan. At the same time, the power consumption of LED lamps is about 6w, which is lower than the existing 9~11w fluorescent lamps. The power configuration of solar cells can be reduced by about 4W. The cost of each peak watt solar system (including batteries) is 50 yuan. Reduce the cost by 200 yuan. For the use of 5×104h, the solar cell module will need to be replaced once, and the battery will need to be replaced dozens of times, so the comprehensive cost will be significantly lower than the existing energy-saving lamp lighting system.

(2) Design of secondary optical system.
Since the light emitted by the general LED is relatively concentrated in a small solid angle range, the reflector in the general lamp is no longer a necessary optical component, and a lens is often used as a collimating optical component. For example, a convex lens or a Fresnel lens is used to generate a parallel beam. Then, the light beam is re-diffused and deflected by a pincushion lens, a wedge-shaped prism, etc. to produce a light distribution that meets the requirements of various lighting standards. This requires a completely different secondary optical system design for LED lighting fixtures.

The LED street lamp head is shown in Figure 1. At present, the most common forms of LED used in road lamps are mainly divided into two categories. On the reflective surface), a matrix LED is installed. This design method is impossible to obtain a good light distribution of the lamps. The other is to integrate multiple LEDs in a circular area (the diameter of the area is about 30~40mm), so that the light output density of this small area is close to that of high-intensity gas discharge lamps, and then use the lamp reflector for light distribution. , the luminosity of the lamps in this design will not be better than the traditional road lamps, and because of the integration of high-density LEDs in a small area, the heat dissipation of the LEDs is obviously poor, which not only affects the luminous efficiency of the LEDs , but also often affects the service life of the LED.

At present, the biggest feature of LEDs for lighting is the function of directional emission of light, because at present, almost all power LEDs are equipped with reflectors, and the efficiency of such reflectors is significantly higher than that of lamps and lanterns. In addition, the efficiency of the self-reflector has been included in the LED light efficiency detection. Road lamps using LEDs should make use of the directional light emission characteristics of LEDs as much as possible, so that each LED in the road lamps directly emits light to each area of ​​the illuminated road, and then uses the lamp reflector to assist the light distribution to achieve high efficiency. Reasonable comprehensive light distribution of road lamps. It should be said that to truly meet the illuminance and illuminance uniformity requirements of CJ145-2006, CIE31 and CIE115 standards, the lamps and lanterns should contain the function of three light distribution to achieve better realization. The LED with a reflector and a reasonable beam output angle itself has a good primary light distribution function. In the lamp, the installation position of each LED and the direction of the emitted light can be designed according to the height of the road lamp and the width of the road, and a good secondary light distribution function can be achieved. The reflector in such lamps is only used as an auxiliary three-time light distribution method to ensure better uniformity of road illumination.

Road lighting requires that the brightness of the road surface is relatively uniform, people or objects on both sides of the road can also be seen, and they can understand the situation that may arise. When the road lighting fixtures meet the above requirements, its light distribution must be reasonable. Therefore, although LED street lights have the advantages of better light color, long life, and dimming function, its light distribution level is still very important. At present, LED street lamps have just started and need to be continuously improved. Whether it is the optical structure design of L.ED street lamps or the heat dissipation technology, they are still constantly improving.

(3) Since LED lighting needs to be composed of multiple LEDs, the discreteness of its parameters is also a technical problem.
In addition to ensuring consistency as much as possible through pre-selection and classification, there must be a reasonable lamp structure design (including LED arrangement and position layout) and a suitable drive circuit to prevent occasional energy concentration and damage to some LEDs. Due to the composition of multiple LEDs When a lighting fixture is used, parallel and series connection of LEDs cannot be avoided. As long as one LED is short-circuited or open during use, it will cause the entire small piece or the entire LED to go out, affecting the lighting effect. For this reason, a simple and cheap protection circuit must be studied to minimize this adverse effect. In addition, due to the high requirements of LED on heat dissipation conditions, if the junction temperature exceeds the standard limit value, it will cause irreversible light intensity attenuation. Therefore, in addition to sufficient heat dissipation measures, reasonable circuit design and circuit layout must be considered, so as to keep the LED in good working condition and give full play to its long life advantage.

At present, a lot of research has been done on photovoltaic power generation and wind power generation technology, but the research on wind-solar hybrid power supply for semiconductor lighting systems has just started. The first problem encountered is: because the photoelectric conversion efficiency of solar cell modules is not very high at present (about 15%~17% of foreign products), the area of ​​cell modules used to provide 50w light source is about 0.3~0.5m², if used for street lamps , Due to the large area of ​​solar cell modules, how to achieve firm installation, how to achieve beautiful appearance, etc. need to be studied. At the same time, for an independent power supply system, the solar energy used in the daytime for lighting at night must be stored in batteries. Although there are many types of batteries that can be used for wind-solar hybrid LED street lights, considering the system cost, most of them use lead-acid batteries. . Lead-acid batteries are not only bulky, but also their performance is closely related to the ambient temperature, which not only brings difficulties to the installation work, but also must consider a series of problems such as heat dissipation, ventilation, rain protection, and insect protection in the installation project. In addition, lighting systems often want to be small in size and beautiful and unique in lamps, which requires integrated design of wind-solar hybrid LED street lamp controllers and lamps. Since the controller is not allowed to work in a high temperature environment for a long time, this integrated design requirement will inevitably bring more difficulties to the manufacture of LED lamps.